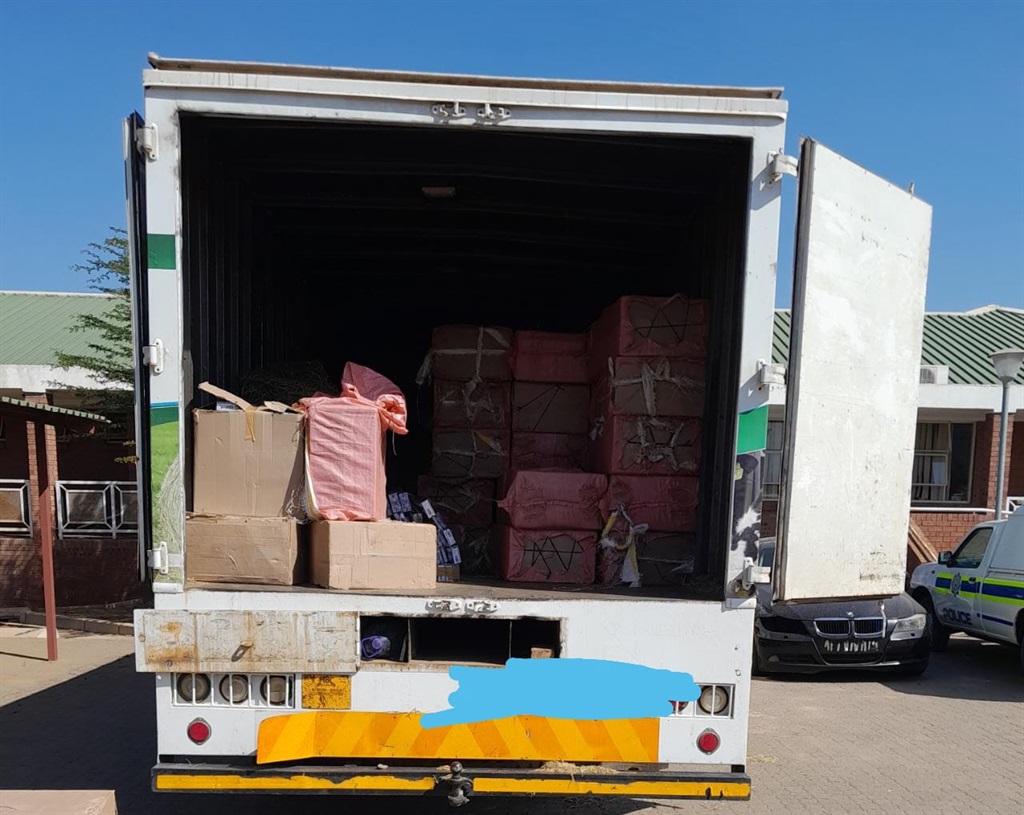 Limpopo police arrested two people on the N1 next to Botlokwa on Friday for allegedly smuggling illicit cigarettes, disguised as animal feed, worth R70 000.

According to Limpopo police spokesperson Colonel Malesela Ledwaba, police received information that the two people, aged 25 and 28, were transporting the cigarettes in a truck.

Police stopped them as they approached Sekonye junction.

The truck was disguised to be carrying stacks of lucerne in the rear section of the trailer to deceive the police.

“Upon further inspection, it was discovered that half of the front side was fully loaded with 104 cartoons of Remington Gold illicit cigarettes with an estimated street of R70 000,” Ledwaba added.

Preliminary investigations revealed that the cigarettes were smuggled from Zimbabwe, he added.

The two people are expected to appear in the Morebeng Magistrate’s Court.

We live in a world where facts and fiction get blurred

In times of uncertainty you need journalism you can trust. For 14 free days, you can have access to a world of in-depth analyses, investigative journalism, top opinions and a range of features. Journalism strengthens democracy. Invest in the future today. Thereafter you will be billed R75 per month. You can cancel anytime and if you cancel within 14 days you won’t be billed.