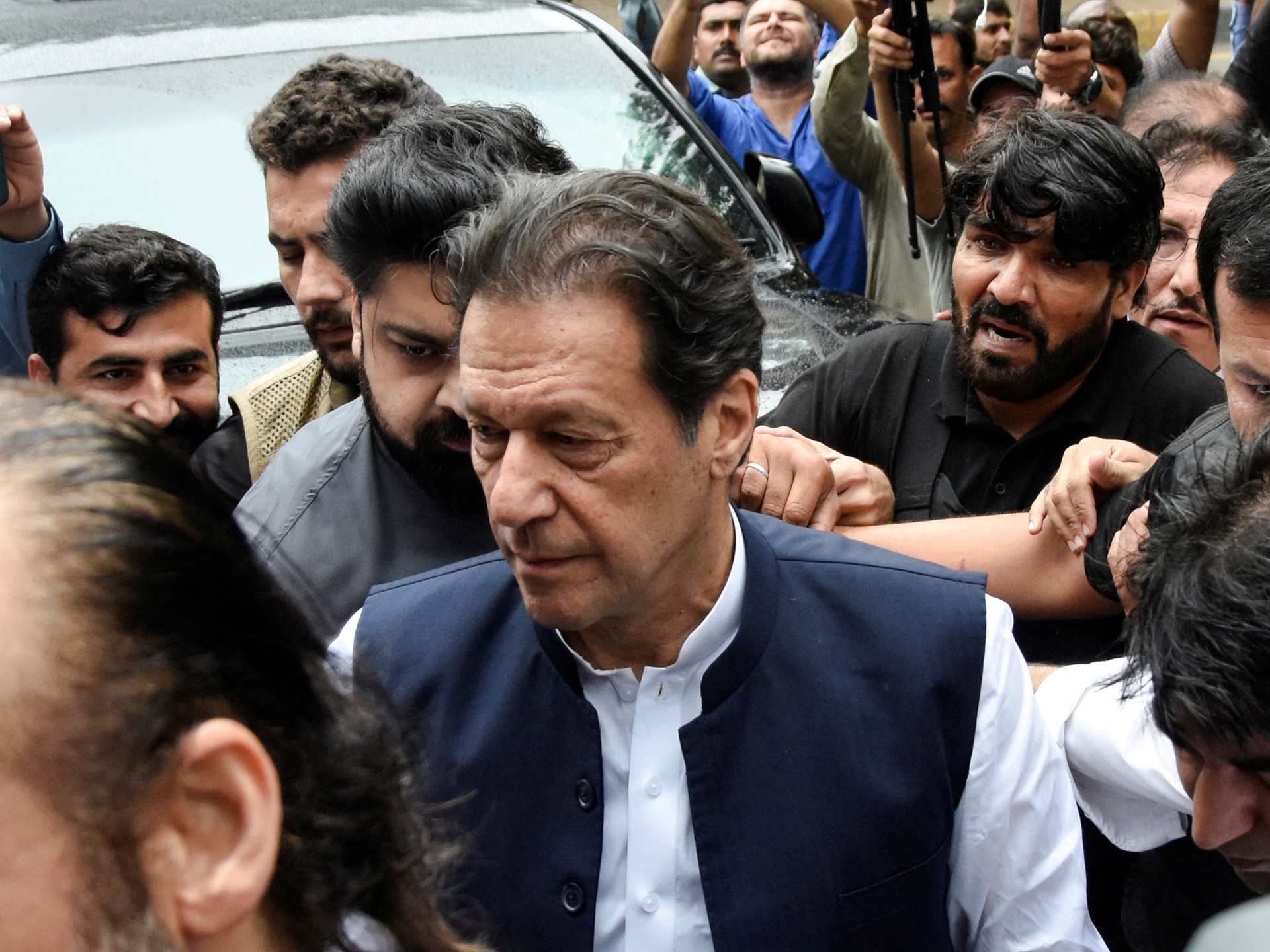 Imran Khan faces several cases due to his remarks against police officials and a judge made at a rally last month.

A court in Pakistan’s capital Islamabad has approved bail for former Pakistani Prime Minister Imran Khan a day after an arrest warrant was issued against him for remarks against police officials and a female judge made at a public rally last month.

The warrant was issued after the former prime minister failed to appear for a hearing in the case at a sessions court in the capital city.

Hundreds of Khan’s supporters from his Pakistan Tahreek-e-Insaf Party (PTI) had gathered outside his home in Islamabad and thousands protested across different cities in the wake of the warrant.

Meanwhile, the Islamabad police said on Saturday “rumours” that they had sent 300 officers to Khan’s residence were “baseless”.

Pakistan’s Interior Minister Rana Sanaullah in a TV appearance on Saturday said the arrest warrant against Khan was a routine one and that there was no “question of an arrest”, the Dawn reported.

Khan has also been charged with contempt of court by the IHC for the August 20 rally, when he threatened “action” during a rally against Judge Zeba Chaudhry and senior Islamabad police officials for arresting his chief of staff Shahbaz Gill. Khan has accused authorities of torturing Gill in custody.

The 69-year-old Khan denies he threatened officials, saying his words were taken out of context. The court deferred the contempt proceedings against the former prime minister after he said he was willing to apologise for his remarks against the judge.

Gill was charged with attempting to incite a mutiny in Pakistan’s powerful military during a TV talk show in August, an allegation the PTI denies.

Separately last month, the same court also dropped “terrorism” charges against the former prime minister for his remarks during the same Islamabad rally.

Khan’s government was removed through a parliamentary vote of no-confidence in April. Since then, he has been holding public rallies across the country demanding snap elections, which are otherwise due late next year.