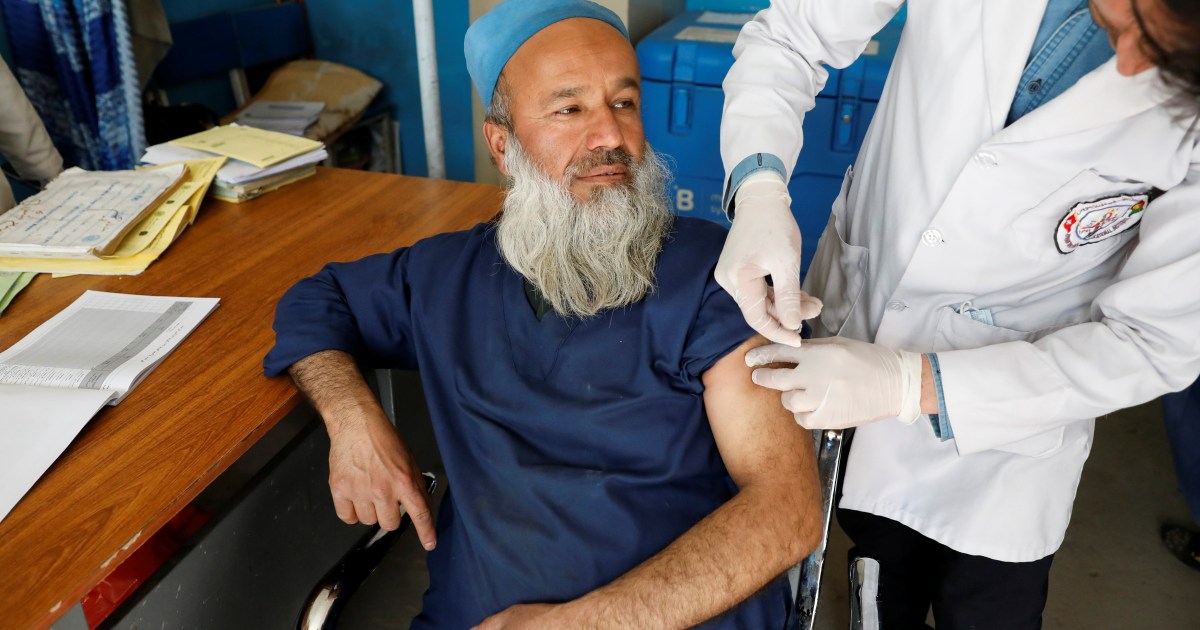 China has pledged to deliver 400,000 doses of Sinopharm’s COVID-19 vaccine to Afghanistan, Afghan officials said, in a boost for the country’s immunisation campaign, which began last week.

“China’s ambassador to Kabul said in a meeting with health officials that his country would provide Afghanistan with 400,000 doses of COVID-19 vaccine,” Ghulam Dastagir Nazari, the health ministry’s head of the immunisation programme, told Reuters news agency on Monday.

China’s Sinopharm vaccine has been approved by the World Health Organization, but it is unclear when it will be delivered, Nazari said.

So far, just over 12,000 health workers have received the vaccine in all 34 provinces of Afghanistan, he said.

The vaccination of members of the security forces has also begun, according to another official, who spoke on condition of anonymity as they were not authorised to speak to media.

The Taliban has largely denied responsibility for the spate of violence. The group has also said it supports the vaccination campaign.

Afghanistan has already received 500,000 doses of the Oxford-AstraZeneca vaccine from India, which enabled it to launch its vaccination drive last Tuesday.

Afghan health officials have said the international COVAX programme, which aims to improve access to COVID vaccines for developing countries, would provide vaccines to cover 20 percent of the country’s population of 38 million.

Afghanistan has registered 55,733 infections and 2,444 deaths from COVID. But experts say cases are significantly under-reported due to low testing and limited access to medical facilities in the war-torn country.