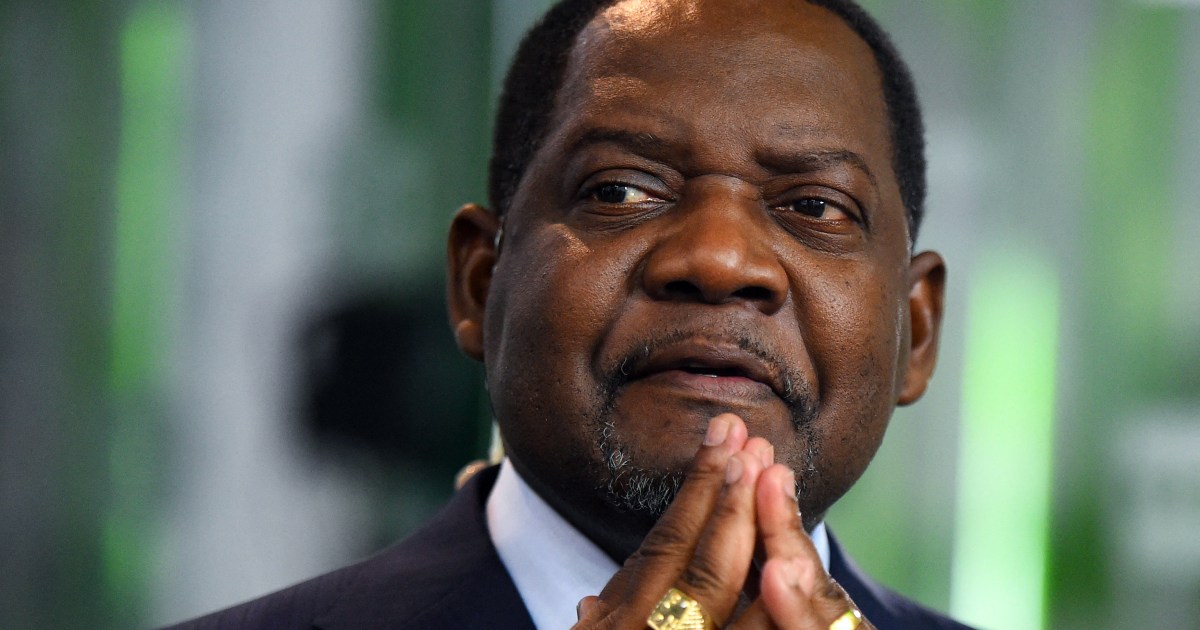 The entire cabinet steps down in the latest political crisis to hit the country, but the president’s spokesman says the PM could be asked to lead the new administration.

Firmin Ngrebada, prime minister of the Central African Republic (CAR), has resigned along with the entire cabinet, the latest political crisis to hit the war-weary country.

The development on Thursday came during a turbulent week after France announced it was suspending military operations with its former colony.

Ngrebada said on Twitter he handed over his and the government’s resignation to President Faustin- Archange Touadera, but a presidential spokesman told the AFP news agency the prime minister could be tapped to lead a refreshed administration.

“We will know within a few hours if the president keeps the prime minister on,” Albert Yaloke Mokpeme said.

Translation: I have just handed over my resignation and that of the government to His Excellency the President of the Republic Faustin Archange Touadera

A former chief of staff to Touadera, Ngrebada had been in post since early 2019 when he helped craft a February 2019 peace deal signed with rebel groups in Khartoum that now appears on the verge of collapse.

The CAR has seen waves of deadly intercommunal fighting since 2013 that have killed thousands of people and displaced many more. Violence flared up again last year after the constitutional court rejected former President Francois Bozize’s bid to run in December’s presidential election.

Touadera was eventually re-elected on a turnout of fewer than one in three voters. The ballot was hampered by armed groups that at the time controlled about two-thirds of the country, and a Bozize-aligned rebel coalition mounted an offensive on the capital, Bangui, in the run-up to the polling day.

Legislative elections have since left Touadera’s United Hearts Movement short of a parliamentary majority, but observers say that in key votes he can count on the backing of large numbers of independent MPs, many formerly associated with the party.

Critics had been calling for Ngrebada’s departure since March, when Touadera was sworn in for another five-year term.

Some raised concern about the prime minister’s apparent ties to Russia, whose influence in the CAR is growing.

In Bangui, some felt Ngrebada had done the best he could given the growing presence of armed groups in vital sectors of the country’s economy.

“Nevertheless, he maintained the balance by paying salaries, pensions and speaking truth to the armed groups who chose him to be prime minister,” Eric Kpari, a student at the University of Bangui, told The Associated Press news agency.

Others, though, felt his time as prime minister had failed to bring the much-needed change after years of conflict.

“We expected him to revive the economy through work and to revive good governance,” said Evelyne Rodongo. “Unfortunately, it was during his time as prime minister that scandals have multiplied.”

Earlier this week, about 160 French soldiers who were providing operational support, while also training Central African forces, suspended their mission. The decision did not affect the approximately 100 French soldiers involved in the United Nations peacekeeping forces and the European Union training forces in the country.

French officials have accused authorities in Bangui of failing to fight anti-French disinformation campaigns online, notably targeting the country’s ambassador and defence attache. They have also cited the government’s treatment of political opposition.